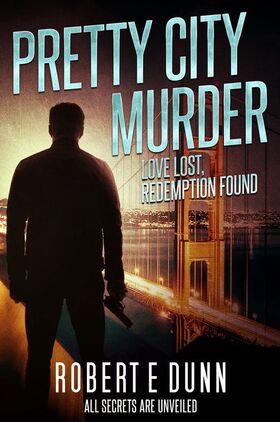 A tidy murder pits a San Francisco police inspector, priest, and hotel owner against each other in a page-turning tale of how far some people will go to protect their reputations and lifetime achievements. When a priest stumbles upon his brother, a slow learner, lying dead in his elegantly-appointed 12th floor hotel apartment, his unfortunate demise compels an investigation that leads three lifelong friends into a fierce conflict. Father Ralph MacKenzie, SJ, Dean of Arts and Sciences at the University of San Francisco, panics. Larry Leahy, family man, history buff, and tough cop investigates. James O’Hara, owner of the Greenwich Grand Hotel, rushes to the scene. All three will draw on life experiences shared since first grade. Risking a long-sought promotion, Leahy searches for the truth among hotel employees, each hiding their own secrets. Leahy and his partner, Inspector Hieu Trang, navigate the danger, deception, and misdirection awaiting them at the Golden Gate Bridge and in North Beach, Chinatown, and the majestic Eastern Sierras. Now, they’re getting closer to the shocking truth.

This piece of fiction joins mystery and thriller into one book and thrusts the reader into the world of law and order and its enforcers. The novel is obtainable on Amazon in hardback, paper-back, large print, and Kindle.
​

Joseph Gartrell, WordMule.com
In its best moments, the plot of Pretty City Murder twitches taut a web of debt and duty, priest and police officers, childhood friends and estranged family. Under-girding the murder mystery is a story about the strengths and stresses of obligation and the cord which binds the characters together and offers service as both lifeline and noose. Looming over the murder mystery is the presence of the Greenwich Grand Hotel, described by an author willing to let the reader stop to smell the roses from the very wallpaper.  Anyone who puts the book down without getting a bit of the Greenwich under the fingernails has been reading it all wrong.

Robert K. Lindsey, author of The 5th of July and God Is Aloha
Pretty City Murder is an intriguing murder mystery set in the heart of San Francisco. I love good writing. I love a good story. Mr. Dunn gave me both. Kept me manacled to every page. Looking for more. Expecting more.

Kathy D. Lindsey
My brother was always a gifted writer growing up. Pretty City Murder is a great example of his ability to create a story with all the elements we readers enjoy ~ intrigue, mystery, suspense.  You will not be able to put this mystery novel down!
Proudly powered by Weebly